Cherry Blossoms Forecast in Japan in 2022

Guides of Cherry Blossoms Viewing in Japan in 2022

Novel Coronavirus: is it safe to view cherry blossoms in Japan and attend Tokyo Olympics?

10 Best Cherry Blossom Festivals inAs light-up during cherry blossom season in Japan, sakura festival is also typical in Japan. Festivals in some famed cherry blossom viewing spots are held throughout the whole season, often two weeks, and some only on weekends. You can enjoy traditional performances, food and drink stands, cutting-edge light shows in the events.

Owing to unparalleled cherry blossom variety and onsen (hot spring), festival in Kawazu is held every early spring attracts one million visitors, though pretty cold during the period. It takes two and a half hours from Tokyo to Kawazu by train.

People began to view cherry blossom in Sumida Park since the Edo period (1603- 1868). Taking yakababune (viewing boats) to cruise the river is a popular way to enjoy blossoms. Food stands and performances are available during sakura festival.

Showa Memorial Park/Showa Kinen Park is a paradise of flowers and trees. In spring, sakura, canola flowers and tulip flourish one after another. Every year Flower Festival is held from the middle of March to late May.

Akagi Nanmen Thousand Cherry Blossoms is the most popular place to appreciate sakura in Gunma Prefecture. Local specialties and performances are available at festivals. Don’t miss the neighbouring Miyagi Senbonzakura no Mori Park, home to a stretch of unique Shibazakura (moss cherry blossoms).

As a urban oasis of Osaka, Osaka Castle Park is home to over 3,000 cherry blossom trees and 1,270 Japanese apricot trees. Ascend the castle wall, you can enjoy glamorous panorama of pink trees and turquoise moats. Light-up is often held at Nishinomaru Garden.

Harimazaka, or Harima Slope is a common street in Bunkyo Ward, Tokyo, but it becomes a treat during cherry blossom season when local people often get together and enjoy cherry blossoms under trees. Local government even temporarily blocks the street and forms a pedestrian zone to celebrate sakura festival.

Edo-period-style constructions, Samurai residences in particular, are well-preserved in Kakunodate, also known as “Little Kyoto in Michinoku”. The 2km long sakura tunnel along the Hinokinai riverbank is just a 10-minute walk from Samurai residence street.

Don’t miss 300 food stalls during festival at Takada Park, which is the lure to 1 million visitors. 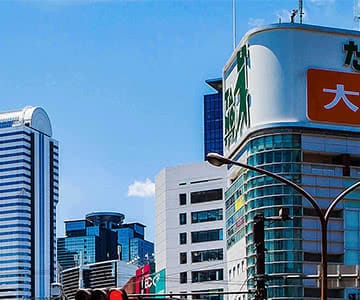 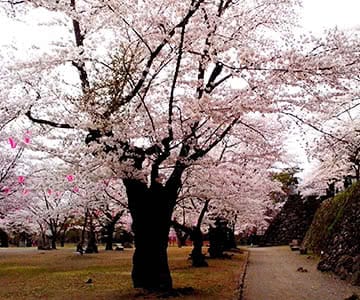 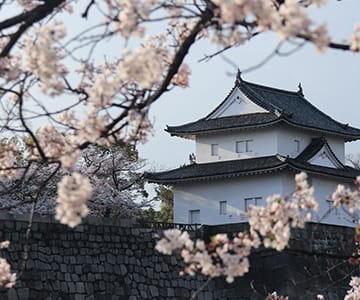 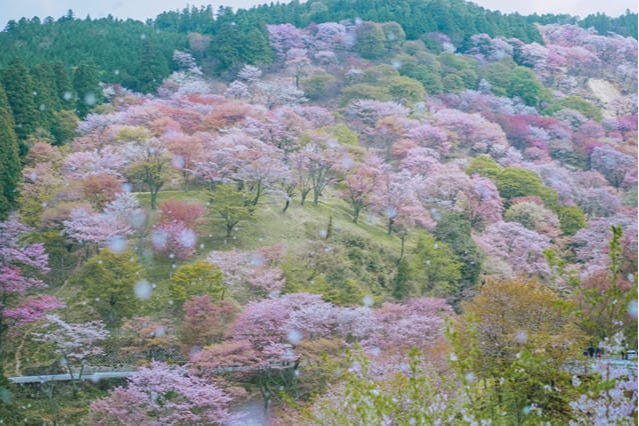 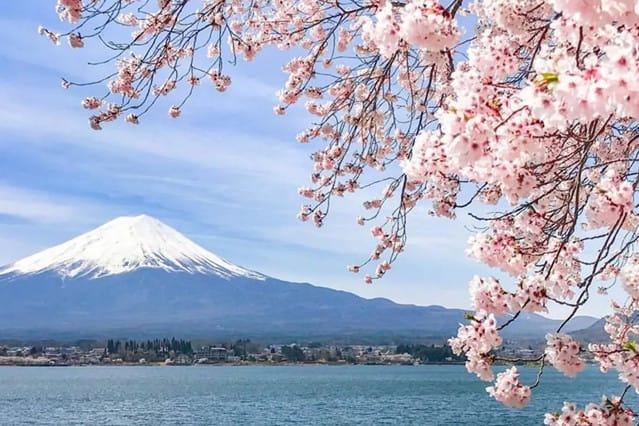 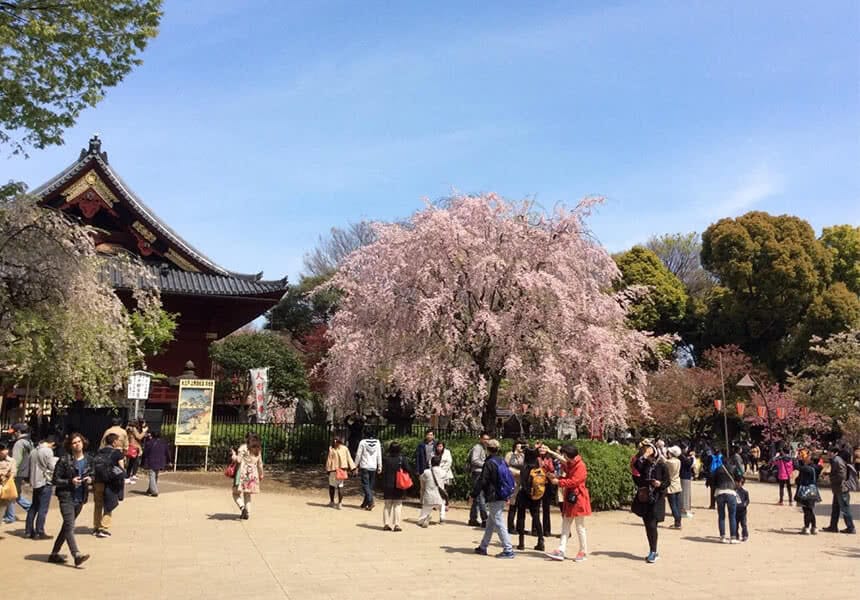 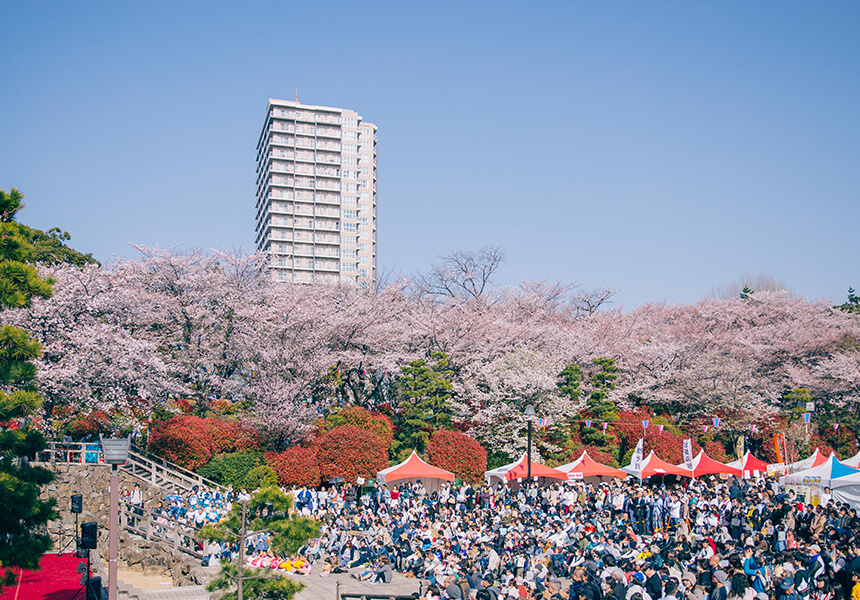 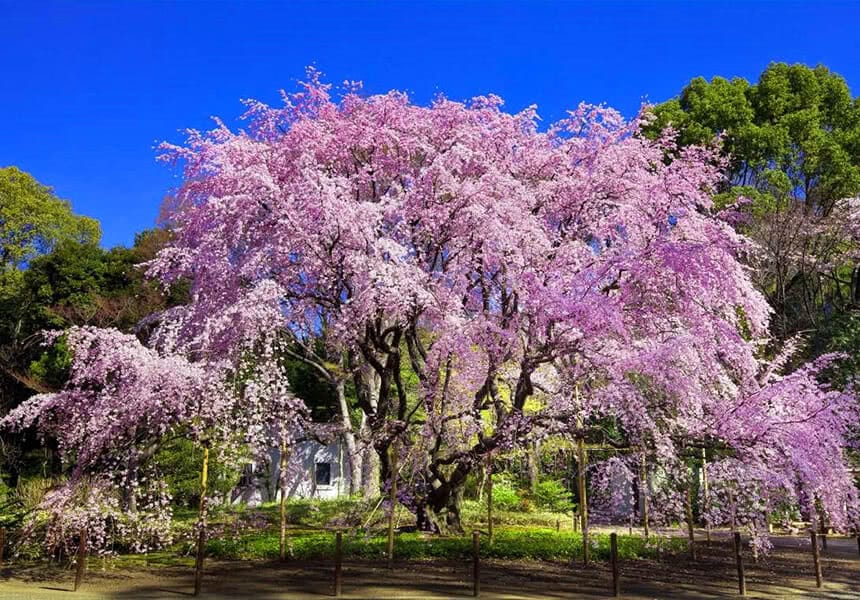 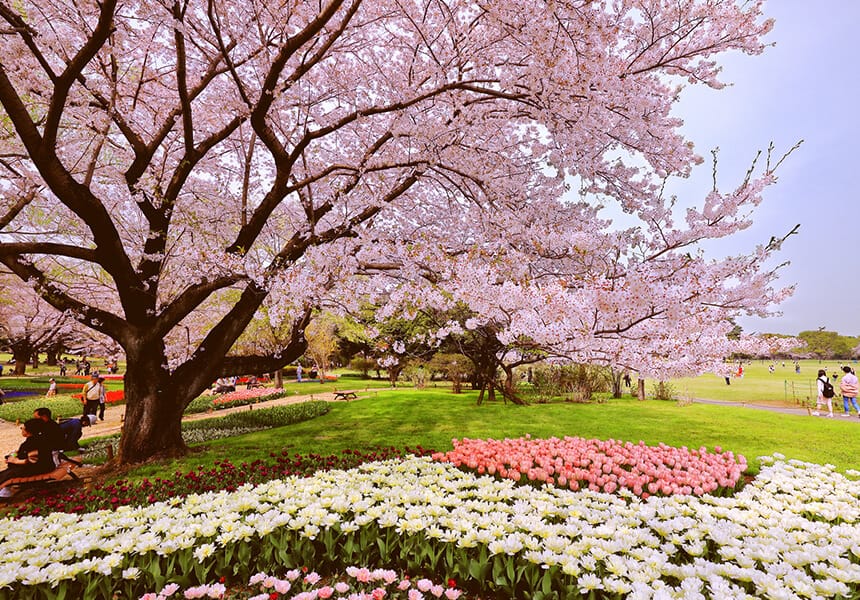 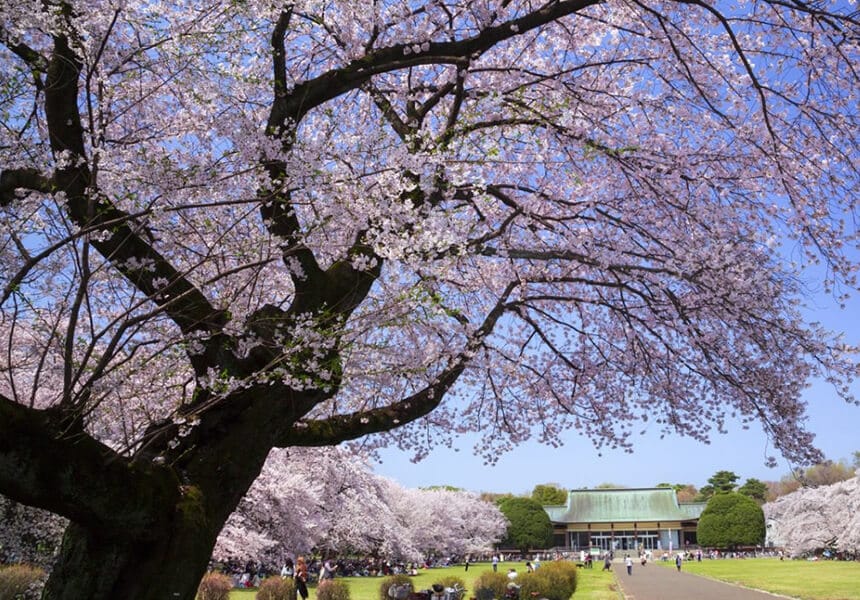 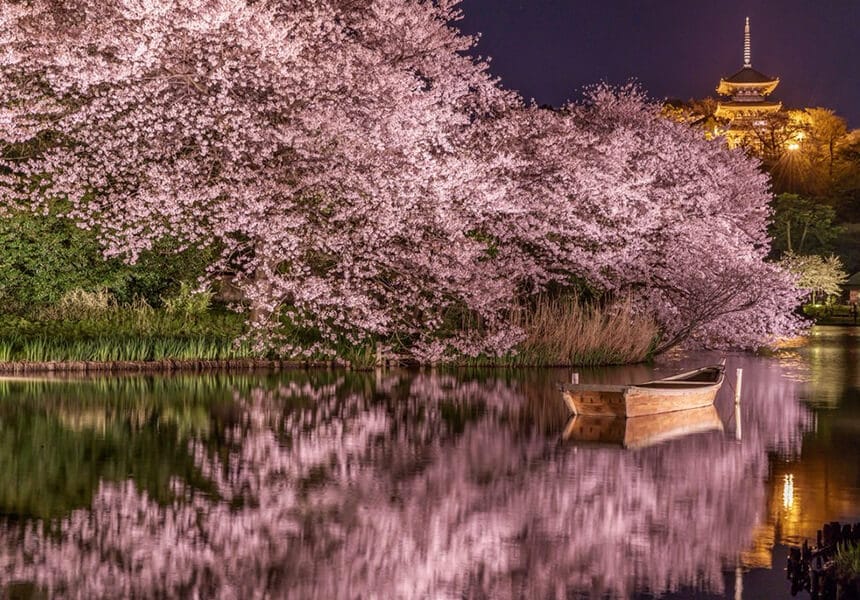 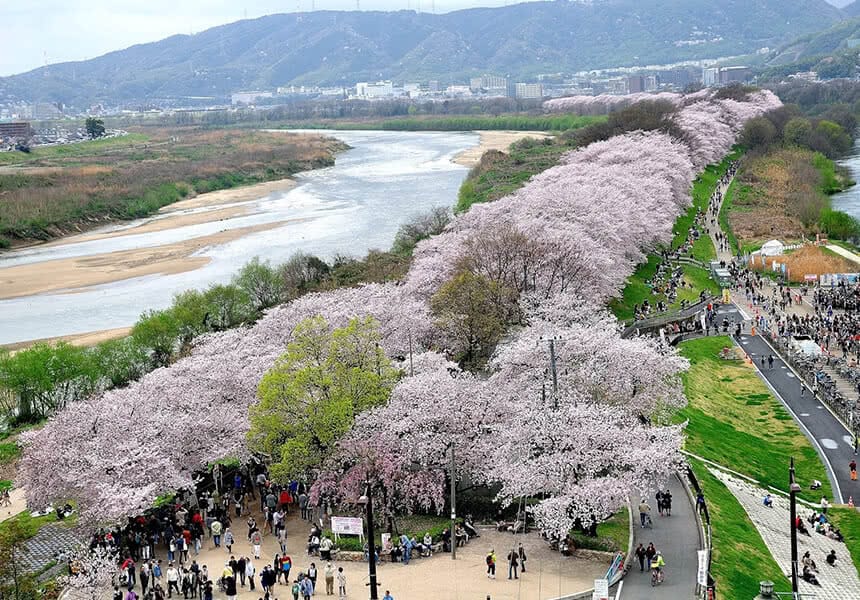 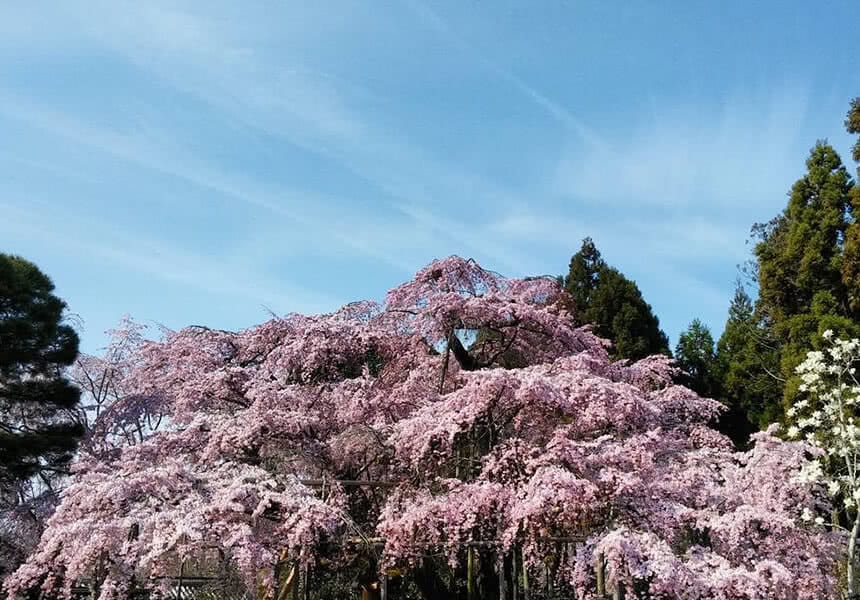 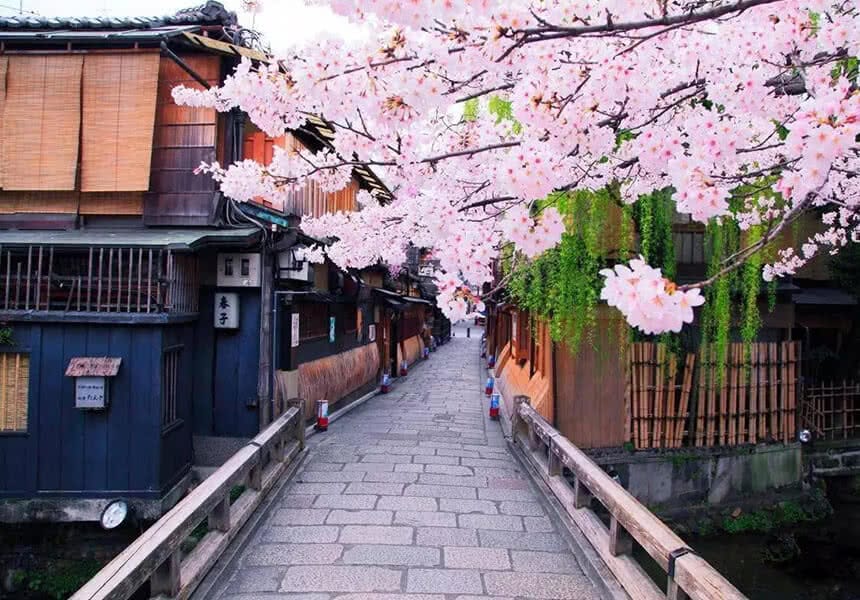 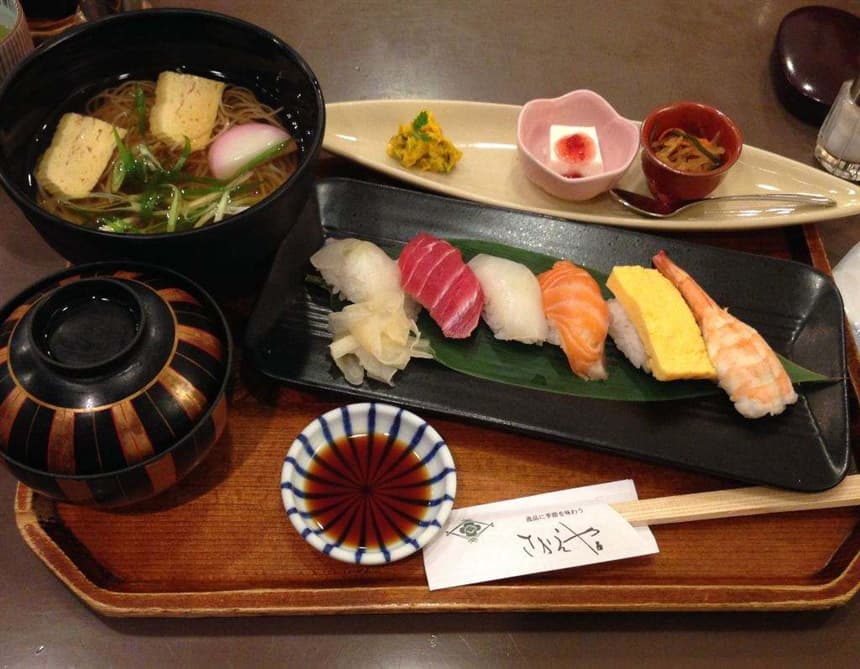 What to Eat in Tokyo in Cherry Blossom Season